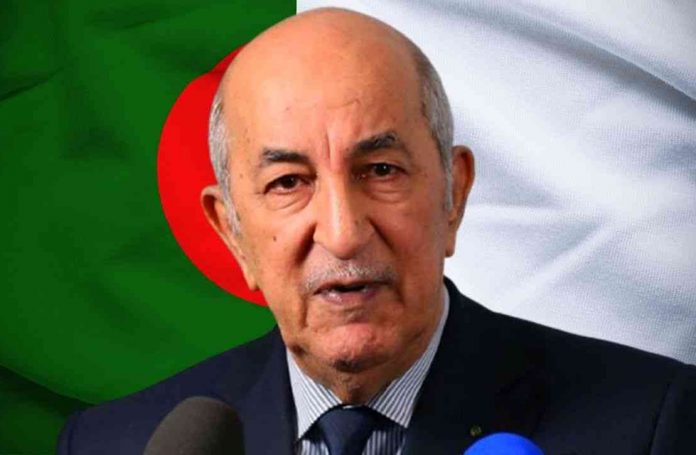 Algeria decided on Sunday to cut public spending and review its economic policy in the face of the collapse of oil prices, the country’s main resource, due to the pandemic of new coronavirus.

Following a Council of Ministers chaired by the Head of State, Abdelmadjid Tebboune, it was announced that the state’s operating budget would be reduced by 30% without affecting the salaries of civil servants as well as the reduction of the import bill from 41 to 31 billion dollars (38 to 28 billion euros).

In addition, Algeria will no longer have recourse to foreign expertise firms in order to save 7 billion dollars (6.5 billion EUR ) per year, according to a press release from the presidency.

The oil giant Sonatrach, the country’s largest public company, will have to “reduce operating costs and investment costs from 14 to 7 billion dollars (13 to 6.5 billion euros ) in order to preserve the reserves of change ”, specifies the press release. On the other hand, the government wished not to touch the health sector, pandemic obliges, nor Education.

To seek other sources of funding, the government has decided to increase the production of fertilizers, to postpone certain projects especially power plants, to accelerate the collection of taxes and duties as well as credits granted by public banks.

Based on a market price of a barrel of crude at $ 60, the 2020 finance law forecasts economic growth of around 1.8%. But oil prices continue to fall, the American benchmark barrel last week touching a lowest since 2003, at 22.53 dollars, caught between an overflowing supply and global demand undermined by the coronavirus pandemic.

The collapse in oil prices from 2014 has already halved revenues from hydrocarbon exports, which account for more than 90% of the country’s external revenues.

These reserves should continue to decrease to reach 51.6 billion USD at the end of 2020, according to the forecasts of the last finance law adopted in November, and could even run out in the coming years.

The current crisis has raised awareness of “the precariousness of our economy that we have not been able to free ourselves from the oil rent”, recognized the Algerian president, quoted in the press release.

A complementary finance bill was to be examined Sunday by the council of ministers but Mr. Tebboune has, according to the press release, decided to postpone it “until evaluation of the repercussions of the financial measures taken at the level of the government, as well as developments in the world ”.