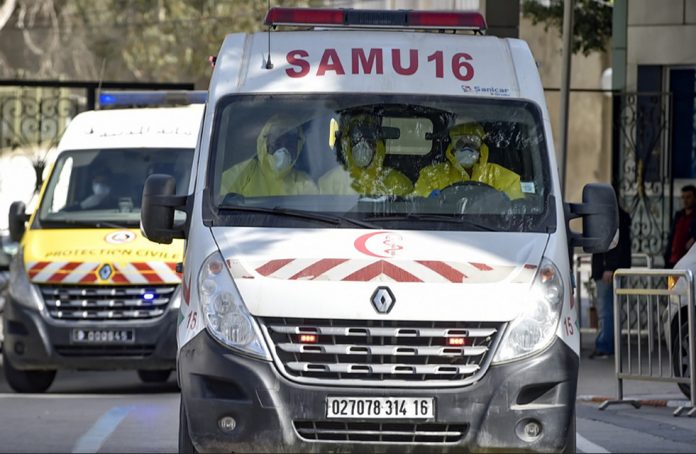 The balance sheet of people with coronavirus in Algeria has experienced a new peak. 16 members of the same family in the Blida region, near Algiers, were infected with the coronavirus following contacts with Algerian nationals living in France, the Algerian Ministry of Health announced on Thursday (March 5th).

“The total number of people affected by the coronavirus amounts to 17 cases, including 16 from the same family,” said Thursday during a press point the director-general of prevention at the Ministry of Health, Djamel Fourar, quoted by the Algerian media. Algeria is to date the African country most affected by the epidemic.

New contamination: The epidemiological investigation made it possible to trace the contamination to an 83-year-old Algerian and his daughter residing in France – who are not among these 16 cases. The man and his daughter stayed with their family from February 14 to 21 in Blida, 50 km south of Algiers, according to the Ministry of Health.

Both were confirmed positive for coronavirus after their return to France on February 21. “The two people came to attend a party in Beni Merred, about ten kilometers from Blida,” said a resident of the region who requested anonymity.

In Algeria, the first two members of their family carrying the virus – a 53-year-old woman and her 24-year-old daughter with whom the two had stayed – were listed on March 1 and placed in solitary confinement. The next day, two new cases of coronavirus were registered among relatives, then three the day after and finally nine cases for the single day on Wednesday.

The 17th case – announced on February 25 by the Ministry of Health – is that of an Italian national, arrived in Algeria on February 17, who had been placed in “isolation” then repatriated a few days later. According to Dr. Fourar, “at present, there are no other cases outside this family”.

As in other countries, “the appearance of the coronavirus coincides with the seasonal flu and the symptoms are similar”, pointed out the doctor. “Those who have [flu] symptoms but have not had contact with a confirmed case or those who have not traveled to a country where transmission is active is not a case of coronavirus, it does not maybe the seasonal flu, “he said. Djamel Fourar said that 43 suspected cases have been recorded at the El Ketar hospital.

“Active screening” For his part, the director-general of the Pasteur Institute, Dr. Lyes Rahal, quoted by the Algerian Press Agency APS, insisted on compliance with hygiene rules, citing in particular frequent handwashing while making known that “the wearing of protective flaps is only necessary for sick subjects in order to prevent them from contaminating others”.

For his part, the chairman of the National Commission of Experts for the Prevention of Seasonal Flu, Professor Mohamed Guerenik, said that “no country has experience with this situation”. “Algeria, which is a medium country, reacted well and responds well because it is more armed.

She is capable of being honorable in her response, “he said, warning, however, about the risk of an” increasing phase “of the disease. In the immediate future, the Algerian health authorities are continuing this work of traceability of confirmed cases to contain the virus and curb its transmission to other people.

In February, modeling published in the medical journal The Lancet made Egypt, Algeria, and South Africa the three most threatened countries on the continent. They are also, according to the study, the least vulnerable because they are the best prepared to spot the infection. To reach these conclusions, the researchers assessed the risk of importing the virus into Africa country by country, and the capacity of each country to detect and respond to it.