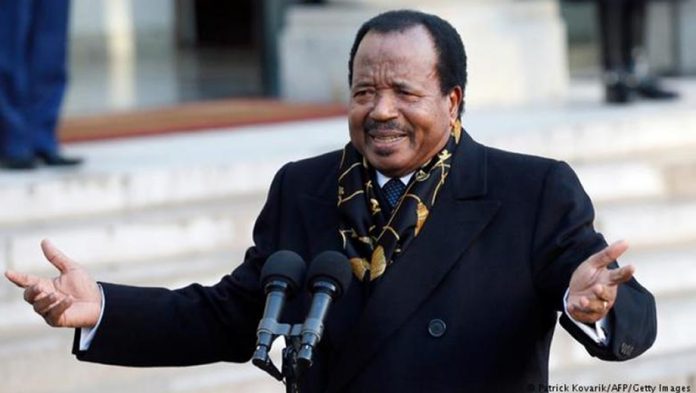 President-elect of Cameroon, Paul Biya, will take his oath of office on November 6, 2018.

Earlier reports including by state-run CRTV said the investiture was slated for Friday, November 2, to coincide with the reopening of the ordinary session of both chambers of the legislature.

The swearing in normally takes place before a joint sitting of the legislature in the capital, Yaounde. Both houses of parliament were reconvened after a break for the October 7 elections.

Biya’s investiture for a seventh straight term was reported to be the highlight of the gathering even though lawmakers are also expected to examine and approve the 2019 budget.

Biya was declared winner of the presidential poll with over 71% of total votes cast. His main opponent, Maurice Kamto has since called for a resistance movement against what he said was a flawed electoral process.

Kamto and other aggrieved candidates approached the courts seeking partial and in some cases total cancellation of the vote but the Constitutional Council rejected all the petitions saying they did not pass the evidence test.

According to the laws, the president-elect must take his oath of office before lawmakers, the Constitutional Council and Supreme Court gathering in a solemn session. The event must take place 15 days after declaration of results. Biya was declared winner on October 22.

In his mid-eighties, Biya is set to run for a seven-year mandate. Meanwhile, the president’s official account on Twitter continues to share messages of congratulations from fellow heads of state across the world.

George Weah of Liberia, Idris Deby Itno of Chad, Senegal’s Macky Sall, Algeria’s Abdul Aziz Bouteflika and the King of Morocco have all felicitated with Biya.