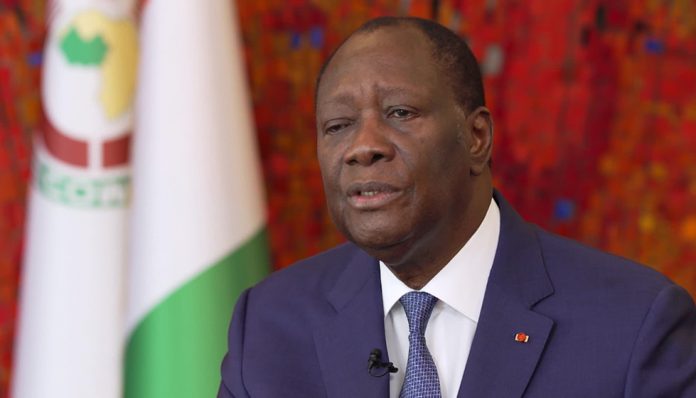 To effectively curb against the spread of coronavirus disease, Ivorian President Alassane Ouattara announced this Monday, March 23, new measures in addition to the 13 enacted by the National Security Council in force in the country.

To great ills, great means. Faced with coronavirus disease, in an address to the nation this Monday, March 23 evening, President Alassane Ouattara has decided on new measures which will come into effect on Tuesday, March 24.

It is a state of emergency throughout the Ivorian territory. This measure complements those already in force in the country. Namely, among other things, the ban on flights from a country with more than 100 people infected with the virus, in Côte d’Ivoire, the president orders for the closing of borders, the closing of all places of entertainment.

According to the Ivorian head of state, this measure is necessary for a view of the non-application of the preventive measures decided on March 16 by the government.

“The lack of discipline puts us in danger,” he said. Alassane Ouattara also decrees a curfew throughout the country from this Tuesday from 9 p.m. to 5 a.m. To date, Côte d’Ivoire has 27 confirmed cases including 3 cured.