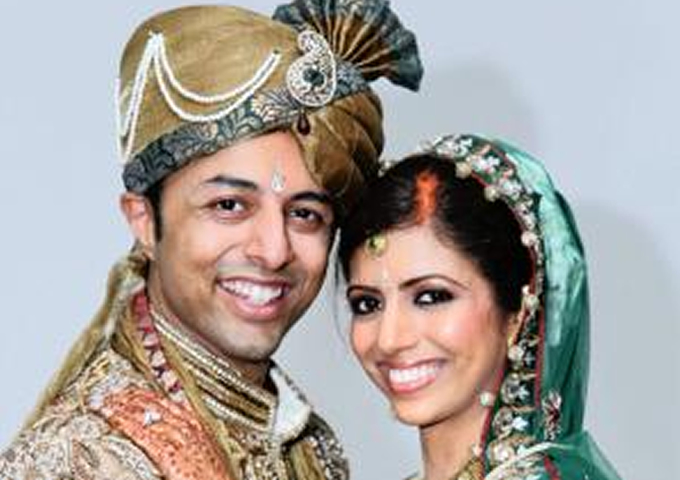 Cape Town – With all eyes turned to the start of the trial of honeymoon murder accused Shrien Dewani on Monday, a so-called “rent boy” has claimed to British police that Dewani was a masochist who enjoyed gay fetish sex, drug taking, and racial humiliation.

The lurid details of Dewani’s alleged double life are set out in a statement by Leopold Leisser, a British resident also known as “the German Master”, who claimed in his statement that Dewani had told him during one of their alleged sessions that he felt forced into marriage.

Leisser, who says he met Dewani – who will appear in the Western Cape High Court on Monday – on the website gaydar.co.uk, advertised his fetish escort services on the site.

Dewani, who is being held at Valkenberg Psychiatric Hospital for the duration of his trial, is charged with orchestrating the murder of his new bride Anni (née Hindocha) in Khayelisha in 2010.

The Saturday Star can reveal that Leisser described encounters he says he had with Dewani in the explosive statement.

Dewani’s moniker was asiansubguy, according to Leisser, who said that in September 2009 he e-mailed a questionnaire to Dewani’s personal e-mail address and received an “X-rated” reply.

He said had Dewani’s cellphone number – which matches the one provided to South African police – and they swopped text messages and spoke to one another. During these conversations Dewani allegedly confessed that he had visited London fetish clubs.

Leisser said Dewani arrived for his first three-hour £360 (R6 530) session at his Birmingham residence at about 10pm on September 18, 2009, driving a dark blue BMW 4×4. He allegedly brought with him various fetish paraphernalia.

He had bent his “no-sleepover rule” for Dewani because “he was very friendly and I liked him … He was very charming and quite educated”.

A third and last session with Dewani took place on April 17, 2010, in London at the Presidential Kensington Apartments in Earl’s Court, the man claimed.

Scotland Yard detectives have confirmed that Dewani booked these apartments in his own name and have interviewed witnesses who can confirm his occupancy. The police also corroborated Dewani’s cellphone contact with Leisser.

“Dewani looked different this time,” Leisser told detectives about the last time he met Dewani, an occasion which he said involved “no limits” humiliation and drug taking.

Leisser said he took a photograph of Dewani at his request, “but he asked me not to show his face”.

Scotland Yard have provided the South African prosecuting authorities with a copy of the photograph.

Leisser said he noticed Dewani “was not 100 percent okay”, and asked if everything was in order. “He said it was all fine. He then said that he had to tell me something. He either told me that he was engaged or was about to become engaged and that he has to get married. I said that was fine, that a lot of my clients are married, which isn’t a problem. I said if he felt comfortable, he could have a double life, maybe see me a couple of times a year.

“He said that she was a nice, lovely girl and that he liked her, but that he could not break out of it in any way because he would be disowned by the family. He also said that he needs to find a way out of it. He also told me that he had met another guy previously, that he could have fallen for him and he came close to telling his family about it, but didn’t.”

The following morning Leisser gathered his gear and said goodbye.

“He was different in the morning. Very grumpy, rude even, and hardly spoke to me, which was unusual. Normally I get that from clients who are married, as they feel guilty after the session. I took the £400 which was left on the table the previous evening and left.”

Leisser claims that this was his last session with Dewani, but that they continued to text and message each other via Gaydar.

“I recall that while he was away he had been logged on to Gaydar. I thought that this was strange as I assumed that he was on his honeymoon. I think that in one of the last text messages he sent me he told me that he was extremely busy and wasn’t able to meet up, but he would be in touch.”

While watching television on December 7, 2010, Leisser recognized Dewani in a news item about Anni’s murder, he said in the statement.

“My first reaction was ‘oh my God, you poor bloke’. I felt extremely sorry for him.”

Leisser subsequently contacted the British police, and also provided information about his liaisons to a British newspaper.

He provided Scotland Yard detectives with a sketch of the Earl’s Court apartment, the sexual preferences questionnaire allegedly completed by Dewani, and copies of his cellphone records and text messages to Dewani.

As it did in the convictions of Dewani’s alleged co-conspirators – taxi driver Zola Tongo and hitmen Mziwamadoda Qwabe and Xolile Mngeni – the State is keeping the witness list for Dewani’s trial a closely guarded secret.

According to statements used in Dewani’s extradition hearings and the prosecution of Qwabe and Mngeni, Leisser may be called as a witness.