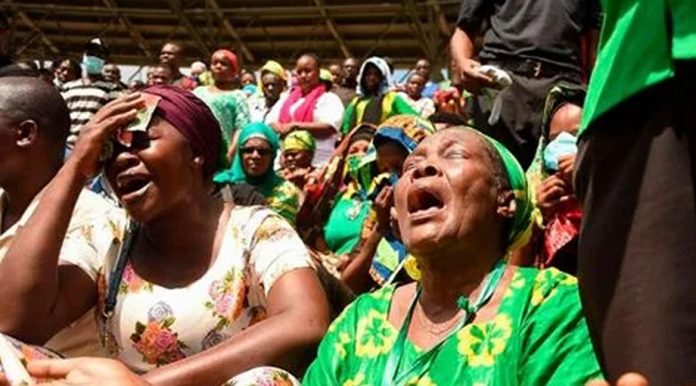 A family in Dar es Salaam is mourning the death of its five members who were killed in a stampede that erupted at Uhuru Stadium in Dar es Salaam during the paying of last respects to President John Magufuli.

Several people collapsed, with reports showing that several others died in the chaos that erupted as some mourners braved security advice and forced their way into the stadium to pay their last respects.

It was in that process that the Mtuwa’s family from Kimara Mwisho in Dar es Salaam ended up registering its biggest loss when five of its members got killed in the process.

Mtuwa’s eldest son, Gerald Mtuwa said Suzan was his sister-in-law who left one kid and a husband, Denis Mtuwa.

“Suzan and my younger brother Denis have three kids, but two of them (Nathan and Natalia) died during yesterday’s chaos,” he told The Citizen at the family’s home in Dar es Salaam.

Apart from the father, the family is now survived with a two-year child whose name and sex he did not mention.

The other two who died in the chaos (Michael and Chris) are the children of Gerald Mtuwa’s young brothers who live together in same the compound.