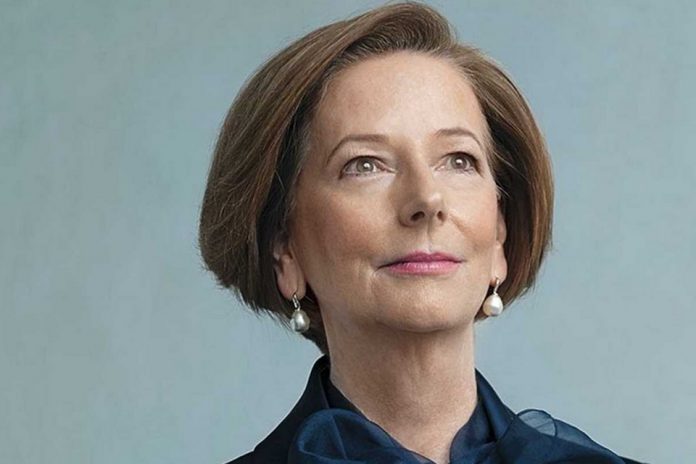 The Hon Julia Gillard, who served as Prime Minister of Australia from June 2010 to June 2013, has joined King’s College London as a Visiting Professor. She will work closely with the Policy Institute and the Menzies Centre for Australian Studies at King’s.

Ms Gillard was the 27th Prime Minister of Australia and the first and only woman to hold the position, following earlier terms as Deputy Prime Minister, Minister for Education, Employment and Workplace Relations, and Minister for Social Inclusion.

She gained a Federal seat in Parliament in 1998 and following the Australian Labor Party’s Federal Election victory in 2007, she was sworn in as Deputy Prime Minister before becoming Prime Minister in 2010.

‘I am very honoured to be appointed by King’s College as a Visiting Professor in 2016. I look forward with great enthusiasm to substantive academic engagement with the students and faculty at King’s, and to contributing to meaningful discussion of issues of importance to society and the world.’

‘We are delighted and honoured to welcome Julia as a Visiting Professor to the Policy Institute and Menzies Centre at King’s College London. On a more personal note it’s a pleasure to see a fellow British born Australian – Julia was born in Wales – join us here at this world leading university.  Julia brings the most incredible wealth of experience, as well as important insights of the education systems both here and in Australia. She is a great champion for equal opportunity and excellent education, an ethos we share here at King’s.’

‘Ms Gillard brings an unrivalled breadth of experience of being at the forefront of politics. There is no doubt that King’s College London and its students will benefit hugely from her appointment, enhancing the university’s reputation as a centre of international excellence, pertinent policy research and stimulating political debate. We are delighted to be working with her.’