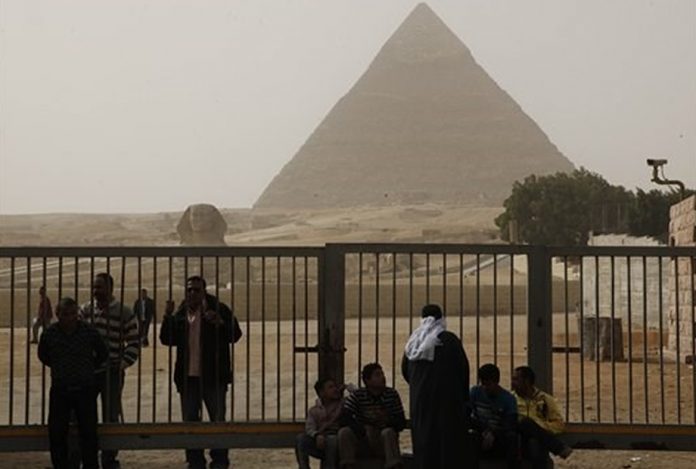 Governments and tour operators took steps on Monday to pull their nationals out of Egypt on chartered or scheduled flights as protesters pressed their campaign to topple President Hosni Mubarak.

U.S. Assistant Secretary of State for Consular Affairs Janice Jacobs said the first U.S.-government sponsored flight left on Monday with 42 Americans on board. She said 2,400 U.S. citizens had asked for help to leave Egypt.

But Jacobs said she expected more of the 52,000 Americans registered with the embassy in Cairo to seek help to leave. Most would be ferried to destinations in Europe on chartered flights.

Officials in Turkey and Cyprus said they were making contingency plans to receive tourists evacuated from Egypt and speed them on to their destinations.

Two Chinese airlines, Air China and Hainan Air, said they would each send a chartered flight to Cairo on Monday to bring home Chinese citizens. There were at least 500 Chinese nationals stuck at Cairo’s international airport, a Chinese consular official in Cairo told Reuters by telephone.

Witnesses reported scenes of chaos at Cairo Airport on Sunday, with many people, including Egyptians, scrambling to get on a decreasing number of scheduled flights.

U.S.-based Delta Air Lines Inc said on Friday it was suspending its service into Cairo indefinitely.

Japan’s Foreign Ministry said chartered aircraft would fly about 500 citizens stranded at Cairo airport to Rome. But the exact number was unclear as Kyodo news agency said 335 people had boarded an Egyptair flight to Japan overnight.
Germany’s Foreign Ministry issued a travel warning late on Sunday for Cairo, Alexandria and Suez, but described the situation at Red Sea resorts as calm for the moment.

German tour operator Rewe advised customers booked on holidays to Egypt over the next week to cancel to relieve pressure on the country’s infrastructure. The company has 3,100 customers in Egypt at present and said those in Red Sea resorts should be able to continue their holidays as planned.

Turkey said it was sending two Turkish Airlines planes to Egypt to evacuate Turkish nationals, while Greece said it had military aircraft on standby.

Other countries advised their citizens to leave Egypt or avoid travelling to major cities. The U.S. State Department moved to reduce diplomatic staff in Egypt, authorising the voluntary departure of diplomats and non-essential workers.

Egypt’s tourism industry, which provides about one in eight jobs, took a hit in 1997 when gunmen killed 58 tourists and four Egyptians at an ancient temple in Luxor, and after the September 11, 2001, attacks. But dips in tourist numbers have previously been temporary, and the trend has been broadly upward for a decade.

Two Japanese firms shut down operations, Nissan Motor Co. at a plant in Giza, near the capital, and a subsidiary in the Cairo suburbs of drugmaker Otsuka Holdings.

Oil company Royal Dutch Shell planned to evacuate about 60 families of its international staff from Egypt as a safety measure, a source close to the company told Reuters.

One of Europe’s largest retailers, Germany’s Metro, said two of its stores in Egypt had been looted, with one being set on fire. It has recommended its 700 employees in the country to stay at home and is helping some international employees return to their home countries.

Nokia Siemens Networks spokeswoman Riitta Mard told Reuters the firm, which has 400 employees in Egypt, had started to evacuate its foreign employees and their families to Dubai.