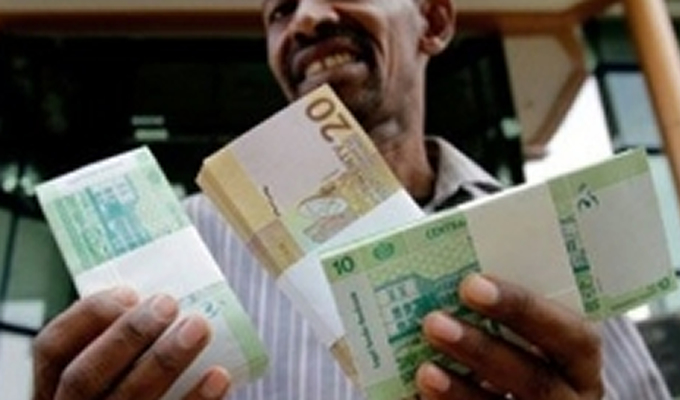 Days after South Sudan introduced its own money; Sudan also began circulating a new currency Sunday, highlighting the economic tensions between the North and the newly-independent South.

Sudan began circulating a new currency on Sunday, days after the newly independent south issued its own new money, in a move likely to heighten differences over handling the economic fallout from the split.

Analysts say it is crucial for both countries to coordinate to avoid turmoil but so far no deal has been reached with the south over what to do with the estimated 1-1.5 billion old
pounds circulating there.

The central bank said the north remained open for more talks, but if they came to nothing it would speed up replacing the existing currency as a precautionary measure so the old
notes traded in the south would be worthless in the north.

“We will undertake all precautionary measures to protect the Sudanese economy, and I hope that we will reach an satisfactory agreement for both sides regarding the pound circulating in the south,” Deputy Governor Badr al-Din Mahmoud said in a statement.

Assistant central bank governor al-Nur Abdelsalam el-Helu earlier said the north would not allow the import of old pounds circulating in the south.
In a separate statement, the central bank said it had poured more than $500 million in the financial system in July, adding it would continue to provide hard currency needed for imports and travel needs.

But on the black market in Khartoum the pound has been falling for weeks as economists say foreign currency inflows for imports will decline along with falling oil revenues.
On Sunday, on the black market a dollar bought 3.4 or more Sudanese pounds, well above the official rate of almost 2.7.

The old pound has also fallen in the south on worries the old notes will be worthless.
The north lost about 75 percent of Sudan’s 500,000 barrel-a-day oil output with southern independence under a 2005 peace deal that ended decades of civil war.
Khartoum, which also suffers from a U.S. trade embargo, will get transit fees as the south needs northern refineries and the only port to sell the oil but these are likely to be lower
than the current 50-50 split.

Analysts say the north might use the fate of the old Sudanese pounds circulating in the south as a bargaining tool in talks how to divide oil revenues, other assets and debt.
Apart from the economic issues, Sudan and the south have yet to end tensions and violence along parts of their border.