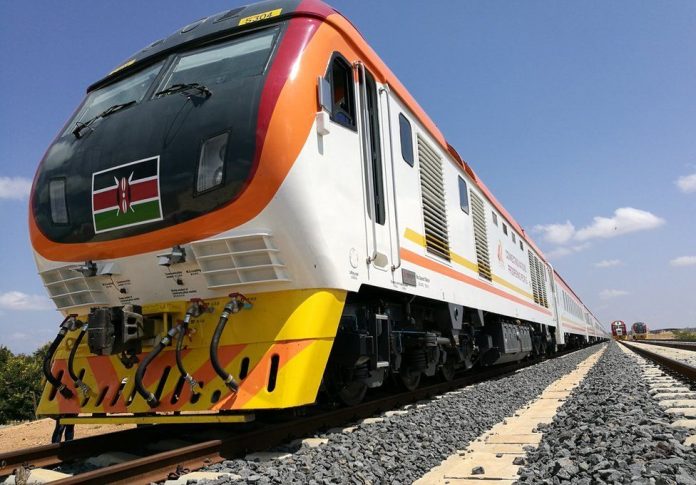 NAIROBI: With the Railway Development Levy missing its revenue target, Treasury has come under pressure in servicing a Sh327 billion loan it used to finance construction of the modern Standard Gauge Railway (SGR).

The 1.5 per cent levy charged on all imported goods has failed to meet its target and with the Government’s own finances under strain, it has to look elsewhere to bridge the financing gap.

It has now emerged that the Railway Development Levy is among the taxes that the taxman is struggling to collect and meet its targets.

“The last six months have seen varied performance with certain tax heads showing strong performance consistent with past trends. These tax heads are either on target or growing at rates of between 16 to 19 per cent,” Njiraini said in the communique seen by The Standard.

“On the other hand, we have seen weak growth in certain tax heads including customs, import, VAT, Import Declaration Fee (IDF) and Railway Development Levy,” the taxman said.

The railway development levy has been put at 1.5 per cent of imported goods, whose value stood at Sh1.6 trillion last year — translating to Sh24.2 billion that importers will pay the State. But it not clear whether this amount was raised given alarm raised by Njiraini.

An information memorandum on the Standard Gauge Railway (SGR) had proposed that the Government restructures the fuel levy to accommodate a portion of the development.

This saw Treasury Cabinet Secretary, Henry Rotich in 2013 impose a 1.5 per cent railway development levy on imported goods, expecting to raise above Sh20 billion every year.

The railway taxes are to be raised through the construction phase to run between 2013 and 2017, and through the operation phase (2018 -2032) to repay the loan and take care of maintenance.

“The revenue will initially help to beef up the railway development kitty. After 2023, the funds will go towards servicing the SGR debt, and in rail maintenance,” the brief on funding the railway had said.

The missing of targets therefore means that the Government may look for other sources of revenue or divert money from other vote heads to take care of the repayment of the loan.

Njiraini explained that the key challenge for domestic taxes affects PAYE and Other Income Taxes (Corporate and Withholding Taxes).

“The reasons for the weak performance in these areas have been established, and those within KRA control are being addressed. For reasons beyond KRA control, the necessary briefings have been provided at higher level and the same will continue to be updated,” he said in the message to staff.

KRA is counting on the passage of the Excise Act in December 2015 to boost its performance in the second-half.

“The implementation by customs of several key interventions, including integration with the Kenya Bureau of Standards (KEBS) mandated PVoC programme, should also will see further improvements in revenue collection,” he said.

Njiraini also sees the normalisation of government spending programe and release of funds to various departments as other developments that would impact positively on collections.

“On the whole therefore, we expect a better second-half that should help push growths beyond those attained in the first-half of 9.5 per cent and 10.7 per cent for exchequer and overall collections respectively,” he adds.

The taxman recently told journalists that a poor performance in income tax, driven by employment freezes and sackings in Government and the private sector is making it hard for him to meet revenue targets.

“The Government is the single largest employer and consumer and it has frozen employment. The private sector is also not employing,” KRA commissioner General John Njiraini said in an interview.

The Pay-As-You-Earn (PAYE) is one of the biggest sources of taxes in the country, accounting for more than half of taxes collected.