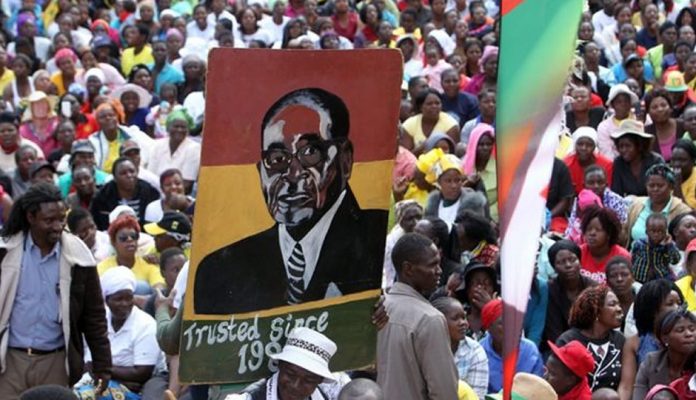 Zimbabwe has experienced numerous elections since independence in 1980 with each consecutive election bringing more misery and mistrust of President Mugabe and his ruling elite. It is widely believed in western capitals and of course cautiously in Zimbabwe, that the last two presidential elections in 2002 and 2008 were stolen from the MDC opposition. Whether or not electoral democracy in its current form commands popular respect in Zimbabwe is debatable. Doom mongers have cast doubt on any meaningful political transition to democracy in Zimbabwe with Mugabe at the country’s helm. There is overwhelming conventional wisdom in Zimbabwe today is that Zanu PF type of elections will always churn out perpetual opposition defeats unless people vote in monstrous numbers.

Without delving too much into Zimbabwe’s distant past, the recent past starting 2008, resulted in the formation of a coalition government, famously known as Government of National Unity (GNU). This new political dispensation which saw Mugabe almost relinquishing power, gave birth to new politics in this once prosperous southern African country. The unity government has not been Mugabe’s preference. The Octogenarian leader was forced to share power for the first time in 28 years.

Mugabe’s marriage of convenience with his former sworn enemy MDC president Morgan Tsvangirai has been a rocky one. Despite Mugabe’s Zanu PF party having fewer MPs than the opposition put together and him having lost electoral ground to Tsvangirai, Mugabe assumed senior partner status in the power sharing deal supported by his usual praise singers. The GNU has only survived this far due to among other factors, the eagerness of MDC ministers to serve and succeed and Tsvangirai’s numerous compromises some of which have been embarrassing politically.

It can be argued that Tsvangirai has quite evidently put the people’s interests ahead of his own personal pride and ego. Analysts believe that Tsvangirai has been forced to compromise on a number of issues only to save the once brutalised, hungry and humiliated Zimbabweans who only 18 months ago had the highest inflation rate in the world. The GNU has consistently been dogged by a number of demands from MDC, most of which are only sensible. Mugabe’s intransigency as usual continues to undermine any meaningful progress of the GNU. Some analysts believe that the discovery of huge diamonds deposits in eastern Zimbabwe has boosted Mugabe and his Zanu PF party. It is believed without any certainty that Zanu PF may be planning to use wealth from the precious gem, to run the country and try and regain their lost glory.

What is unsettling for most Zimbabweans today is Mugabe’s insistence that the country should go to the polls next year 2011. This election is unwarranted and expensive for Zimbabwe. The reason Mugabe gives for having the election is that he feels undermined by Tsvangirai’s European partners who have demanded that he complies fully with the provisions of the Unity Government in order to receive international funding and have sanctions lifted. Mugabe and his Zanu PF party are insisting on having polls next year with or without a new constitution, a move which is likely to be rejected Tsvangirai’s MDC party and the majority of the people in the country. Many feel that the country is too scared by violence and has barely recovered.

The history of elections in Zimbabwe is characterised by huge violence episodes, which will almost certainly produce inconclusive and disputed results. The country’s finance Minister Tendai Biti, a member of MDC inner circle and a formidable political figure in Zimbabwe is believed to be opposed to holding elections next year. The Minister quite rightly refused to set aside funds for elections next year in his 2011 budget presented to parliament a few weeks ago. The Finance Minister has projected an economic growth rate of more than 8 percent next year and an even higher figure the following year. The country is beginning to recover economically and people’s lives are slowly showing signs of improvement, businesses are beginning to recuperate and the banking sector is picking up. People’s lives have significantly improved since the GNU was constituted. It is unfortunate that all the gains recorded by GNU will be thrown into disarray should the violent elections be allowed to proceed.

Leading commentators in Zimbabwe fear that Mugabe’s insistence on elections next year will damage Zimbabwe’s recovery and the country will be plunged into deeper crisis. This crisis will be inevitable should the MDC ‘lose’ elections and refuse to recognise the ‘winner’. The President of South Africa, Jacob Zuma has been quoted in media sources as very unhappy with Mugabe’s plan for elections next year. However, most people fear that Mugabe will go ahead with elections anyway. He has a tendency to proceed with his crazy plans irrespective of what anybody says. Some political commentators have warned that Mugabe and his Zanu PF can still lose the election but the fear of wanton violence from Zanu PF villains could plunge the country into political wilderness. The violence might result in unprecedented high levels of refugees into South Africa.

The new revelations in the Wiki leaks US Cables that Tsvangirai was planning for Mugabe’s ouster have galvanised Mugabe and his party as he is bent on undermining the Prime Minister Tsvangirai and try and squeeze him out of the power sharing deal. Zimbabwe’s electoral system is very weak and susceptible to systematic manipulation by Zanu PF functionaries. The voters roll is in shambles and all the major electoral institutions needs overhauling and strengthening before any thought of credible elections can be entertained. If Mugabe wants elections next year, he should have the guts to invite SADC, AU, EU and the UN to supervise them in order to give them credibility.

The truth is Mugabe and his henchmen will not accede to the above demands in case their alleged rigging machinery is uncovered. It will be interesting to know what comes out of the Zanu PF Congress this December 2010 but many suspect this hugely divided party will almost blindly as in previous case endorse Mugabe as their new leader and give thumps up to elections next year. There is no one with gravitas to challenge Mugabe and ask him to handover power, succession is still a taboo in the politics of Zanu PF.

The truth of the situation in Zimbabwe is that MDC’s Tsvangirai represents the country’s future and Mugabe represents the past which is a very painful one. The focus in Zimbabwe now should be to look further into a post Mugabe era and the old ‘Mugabe must go mantra’ does not appear to stimulate any ideas on anymore on how to move Zimbabwe forward. The Zimbabwean Diaspora is a major contender of any future leadership dynamics and hence it is necessary for them to keep themselves focussed on leadership opportunities in Zimbabwe. It is also high time the Africa Union and Zimbabwe’s powerful neighbour South Africa take a tougher stance and avoid the holding of a bloody election in Zimbabwe, an election which nobody wants.

Zimbabwe needs a couple of years of stability without the thought of elections. Efforts should be invested in trying to make the GNU work and improve the lives of the people of who have been let down by both the international community and indeed their own leaders. Zimbabwe will easily be another Ivory Coast if this bloody election Mugabe so dearly desires is not stopped. What Zimbabwe needs now is economic recovery, lasting peace and the creation of opportunities for its people.