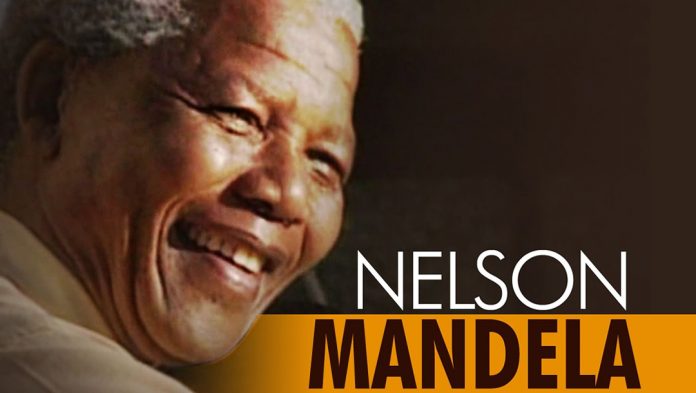 This great gentleman and statesman is a true inspiration for the leaders of today and tomorrow. In the standard of human conscience Nelson Rolihlahla Mandela is surely the most famously revered in the contemporary world.

Mandela is human and so whatever he achieved can be achieved by each and every one of us, we just have to try. Mandela is one of our great reminders of perseverance, courage, grace, forgiveness, and a love of freedom and humanity so great it will burn long after he is gone. His ability to rise above his conditions, to stay positive and remain focussed. His dignity, humility and character is a model for everyone. His total lack of bitterness, Mandela embraced his enemies with love. He is known for his powerful words, such as, “There is no time to be bitter – there is work to be done.”

Mandela is a leader no prison cell, no intimidation, no threat could silence. A man whose belief in the future was so powerful that not even 27 years behind bars and barbed wire could destroy his dream that millions could be free. His charisma, self-depreciating sense of humour and lack of bitterness over his harsh treatment explains why for millions of people around the world, Nelson Mandela stands, as no other living figure does, for the triumph of dignity and hope over despair and hatred, of self-discipline and love over persecution and evil.

This Mandela is a unsophisticated construction: a good man that fought unspeakable injustice in the form of racial oppression. He reconciled with and forgave what was essentially undeserving oppressors, and won a democratic and multi-racial future for South Africa. “Struggling is the way I live”, are Mandela’s words that are related to South African struggle against tyranny. However for Mandela, the real meaning of life struggle was to overcome obstacles, to hope for something more, and to challenge yourself. In his struggle, Mandela discovered his greatest strength and his country.

Let us contemplate his example as we face so many seemingly insuperable problems and the power and wealth that always seem to stand in the way of liberty and transformation. These simple words of Mandela have a weight and a legitimacy few others could grant them: “It always seems impossible until it’s done.” It’s my argument that Mandela really is remarkable, and that much of the fuss about him is warranted. Not because he is a saint. But because his personal narrative is such a powerful human story of redemption. And stories are powerful.

Stories help us make sense of the world. They carry emotional weight. We remember them.
The movie Invictus came at the right time, as our ‘worlds’ (our lives, conflicts, etc) battle on various fronts we needed a reminder that all can be conquered if we put our hearts to it, and that unity can achieve great things. Mandela is a great character, somebody with flaws and human desires, someone with whom we can identify, we too have our flaws so he has shown us that we can overcome them. He changed from young firebrand to agent of peace and reconciliation. And through it he changed South Africa.

Mandela is a remarkably positive individual. He believes that people are actually good, and he is right we are. He also has a keen understanding of human nature, and unlike most leaders in our world, he has immense self belief freeing him to interact in ways other politico have not been able to.

Mandela dedicated a good part of his life to groom himself into the mould of leadership, and was always mindful of his strengths and weaknesses in his public role. It was a huge but worthy investment he made. His prison years played a key role in his transformation, he apparently went in emotional and headstrong, and walked out balanced and disciplined. In his own words: “I came out mature.” He took to knowing his adversaries very well, a master tactician, who always played to his strengths, understood gray areas like no other, compromised without giving much away, adapted well at every turn life took. And that is a very interesting insight, because a good leader is really, really smart at the core with a genuine shell of humanness. While the humane qualities endear him to the masses, the smartness ensures that he does well in the leadership position.

Mandela’s life is an excellent example to a lot of people who aspire to lead people, especially when they have no chance of leadership being thrust upon them. Being a leader is certainly hard work, but there are many lessons one can learn from the greats.