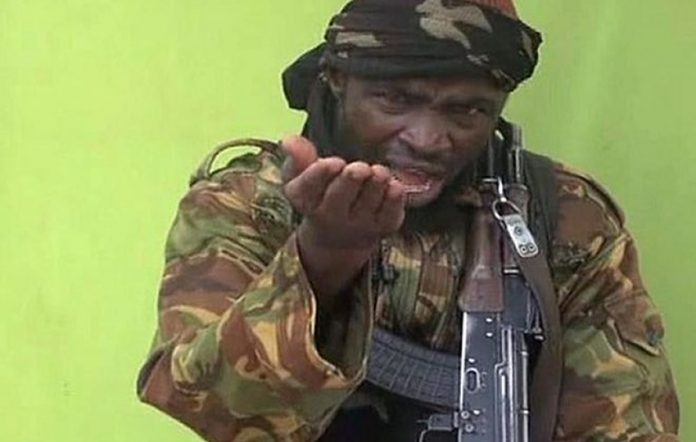 Abubakar Shekau released an audio message earlier this month, the first time he had been heard from for a year
Boko Haram

Nigeria’s army says it has killed several commanders of the Islamist group Boko Haram in an air strike and seriously wounded its disputed leader.

An army spokesman told the BBC’s Hausa service that Abubakar Shekau’s shoulder was badly injured in the strike on Friday in north-eastern Borno state.

There has been no independent confirmation of the strike.

Claims by the army that it has killed Shekau have proven to be false on at least five previous occasions.

These reports should therefore be treated with caution, says the BBC’s Africa Security correspondent Tomi Oladipo.

Boko Haram is fighting to overthrow Nigeria’s government and establish an Islamic State in the north.

In the last 18 months it has lost most of the territory it had controlled after being pushed back in an offensive by the forces of Nigeria and its neighbors.

The army’s announcement comes on the day of a high-profile visit to Nigeria by US Secretary of State John Kerry.

Boko Haram at a glance: