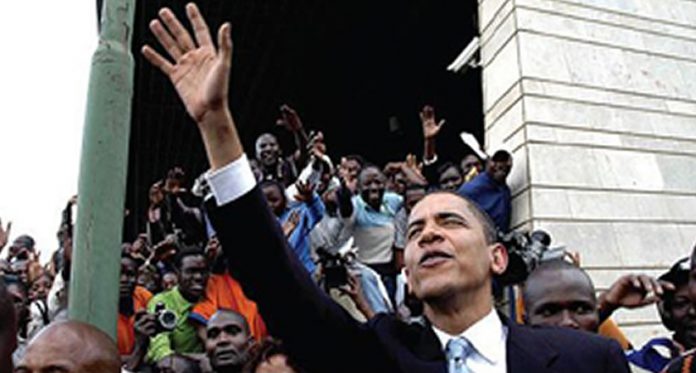 President of the United States, Barack Hussein Obama, called for a new beginning between the United States and the Muslim World and a world that is peaceful and equal, in an historic speech at Cairo’s University, Thursday.

Mr. Obama talked extensively on seven themes that constitute major sources of tension in his “New Beginning” philosophy: Confronting Violent Extremism in all of its forms, Discussing the situation between Israelis, Palestinians and the Arab world, Addressing Shared Interest in the Rights and Responsibilities of nations on nuclear weapons, Democracy, Religious Freedom, Women’s Rights and lastly, discussing Economic Development and Opportunity.

The President of the United States was speaking at the cradle of ancient civilization, Egypt, at the Al-Azhar University in Cairo amidst the biggest security operation ever witnessed in Egypt on his Middle East tour.

Mr. Obama, on his two day tour of the Muslim world, started his first leg with the birth place of Islam, Saudi Arabia, Wednesday last, where he visited the Saudi King Abdullah before moving on to the land of the pharaohs to deliver his much talked-truth-telling speech where the world – the young and the old, the educated and non-educated, intellectual and common men watched from Cairo, Damascus, Beirut, Riyadh and Baghdad. He continued to Germany, Friday, where he visited the notorious Buchenwald Concentration Camps where thousands of Jews died during the Holocaust, and had a tête a tête with the German’s Chancellor, Angela Merkel, where they talked on strengthening ties with the Muslim World.