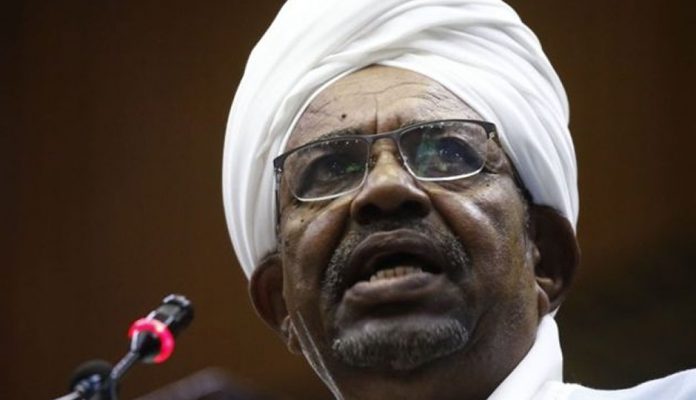 Sudan’s public prosecutor has charged ousted President Omar al-Bashir with incitement and involvement in the killing of protesters.

The charges stem from an inquiry into the death of a doctor killed during protests that led to the end of Mr Bashir’s rule last month.

Mr Bashir’s fate is unclear. He was reportedly arrested after being ousted.

He is also facing an investigation over allegations of money laundering and terror financing.

Some Sudanese people will not believe that Mr Bashir is really in trouble for such crimes until they see him in a court, reports the BBC’s Will Ross.

In December, protesters started demonstrating against a government decision to triple the price of bread. The protests soon morphed into widespread anger against the president’s 30-year rule, led by doctors.

Five weeks into the protests, on 17 January, witnesses said state forces fired live ammunition at protesters and killed a doctor.

He had been treating injured protesters in his home in Khartoum when police fired tear gas into the building.

A witness told the BBC that the doctor had walked out with his hands in the air, told the police he was a doctor and was instantly shot.

He is one of dozens of people killed during the anti-government protests.

The protesters later staged a sit-in outside the military headquarters to demand the military force the president out.

A military council assumed power of the country on 11 April, but demonstrators are insisting that it hands over to a civilian administration.

An opposition coalition and the ruling military council announced on Monday that they had reached a breakthrough agreement on a power structure to see the country through the transition.

“At today’s meeting we agreed on the structure of the authorities and their powers,” protest movement spokesman Taha Osman told the AFP news agency.

“The authorities are as follows – the sovereign council, the cabinet and the legislative body,” he said.

The military council also confirmed that a deal on a transitional power structure had been reached.

The two sides are set to meet again on Tuesday to discuss how long the transitional period will last and the make-up of the three bodies.

Both issues have been major sticking points in talks between the two sides over the past month.

Generals say the transitional period should be two years, while protesters want it to be four years.