Home Crime “Oscar Pistorius is not guilty of premeditated murder”-Judge 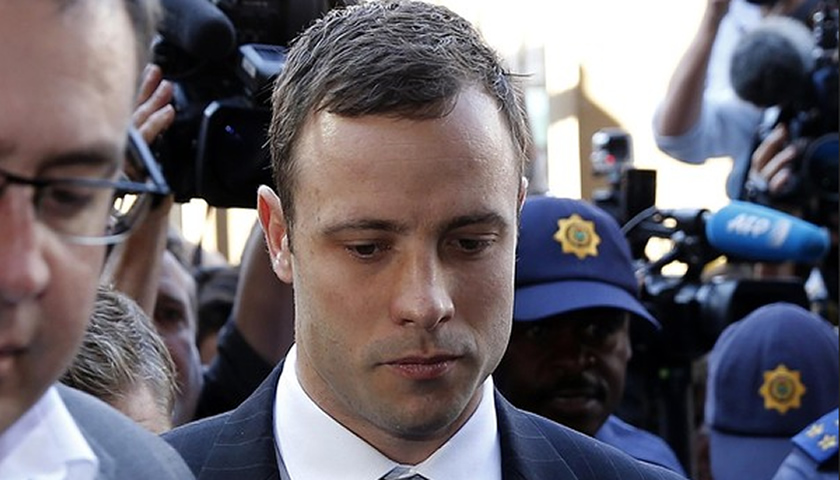 A South African judge said on Thursday there was insufficient evidence to find Oscar Pistorius, the Olympic and Paralympics star, guilty of the murder of his girlfriend, Reeva Steenkamp.

Reading out her verdict at a Pretoria court, Judge Thokozile Masipa said there were “not enough facts to support such a finding”.

However, she will not give her ruling on whether he is guilty of culpable homicide until after a lunch adjournment.

Judge Masipa described Mr Pistorius as a “very poor witness”. She acknowledged that giving evidence was a “harrowing experience” as he relived the shooting, but she said he was an “evasive witness” who failed to listen properly to questions put to him, “giving the impression he was more worried about the impact his answers might cause”.

But the judge said there was nothing to suggest the belief that an intruder had entered the house had not been “honestly entertained”, adding that the state did not prove Mr Pistorius had a clear intention to kill Steenkamp.

The ruling followed a six-month trial with 41 days of testimony that gripped a global audience and in South Africa heaped celebrity-like status on the lead lawyers, Barry Roux for the defence, Gerrie “the pit bull” Nel for the prosecution, as well as the softly spoken judge.

Mr Pistorius shot Steenkamp four times through the locked door of an en suite toilet at his Pretoria home in the early hours of Valentine’s day last year.

The 27-year-old double amputee has always insisted it was a terrible accident after he mistakenly thought there was an intruder in the house.

His defence had argued that the athlete – dubbed the ‘Blade-Runner’ because of the distinct carbon fibre blades he runs on – had a heightened fight response because of his disability. The defence claimed he was in a terrified and vulnerable state when he shot his 29-year-old girlfriend.

“You’re standing at that door. You’re vulnerable. You’re anxious. You’re trained as an athlete to react. Take all those factors into account,” Mr Roux had argued in his closing argument.

The prosecution, however, portrayed Mr Pistorius as a self-centred, short-tempered gun enthusiast who was at times economical with the truth. When explicit photos of Steenkamp’s injuries and the shooting scene were shown, Mr Pistorius often broke down in tears, even vomiting in court, but Mr Nel accused him of using emotion as an escape from tough questioning.

In his closing argument, he alleged that Mr Pistorius had told “a snowball of lies”.

In May, the court had ordered that Mr Pistorius undergo a month of psychiatric tests to find out whether he was criminally responsible. Afterwards, a psychiatric report concluded that he was not suffering from a mental condition that would have impaired his ability to distinguish between right and wrong at the time of the shooting.

Since the trial began in March, it has put a spotlight on the high crime rate in South Africa, and racial transformation in the nation 20 years after the demise of apartheid, with the sight of two Afrikaner lawyers battling it out in front of a black female judge seen as a symbol of change.

It has also marked the dramatic fall of a man who was seen as a hero and inspiration to many South Africans.

Mr Pistorius was born without fibula bones in both his legs but overcame adversity to become a global star, with his feats on the running track helping to raise the profile of the Paralympics.

At the 2012 London Olympics, he reached the semi-finals of the 400m after fighting for his right to run against able-bodied athletes.

South Africa does not have a jury system and Judge Masipa made the ruling with the assistance of two assessors.