Oscar Pistorius Sentenced to Five years Over Killing of Steenkamp 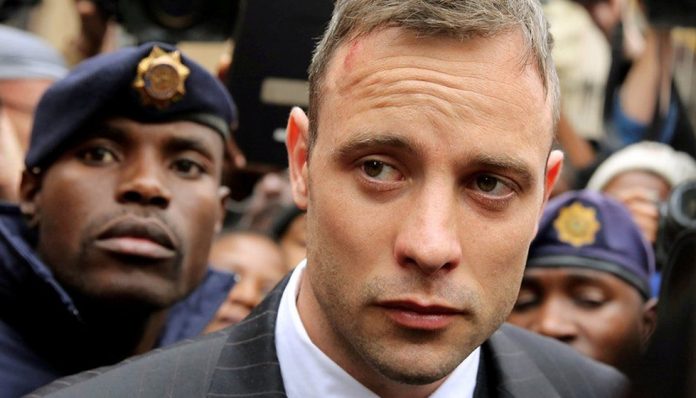 Oscar Pistorius, the South African athlete, began life behind bars on Tuesday after being sentenced to a maximum five years in prison for the culpable homicide, or manslaughter, of his model girlfriend Reeva Steenkamp.

After delivering a detailed judgment that lasted 70 minutes, Judge Thokozile Masipa said the sentence was what she considered “fair and just both to society and to the accused”.

She said a non-custodial sentence, which Pistorius’s defence had argued for, would “send the wrong message to the community”, while a “long sentence would not be appropriate as it would lack the element of mercy”.

Judge Masipa added: “It would be sad day for this country if an impression were to be created that there was one law for the poor and disadvantaged and another for the rich and famous.”

Pistorius, who stood before the court when the sentence was read out, displayed little emotion before being escorted to holding cells. The 27-year-old double amputee was also given a three-year suspended sentence for contravening the firearms control act by firing a pistol in a busy restaurant, to run concurrently.

Members of the defence team told local media that he could serve as little as 10 months, or a sixth of his sentence, in jail.

South Africa’s state prosecutor said Pistorius – who was born without fibula bones in his legs but overcame his disabilities to become a global star – was likely to serve one-third of the five-year sentence behind bars. A spokesman for the National Prosecuting Authority said prosecutors – who had sought a minimum of 10 years jail – had not yet decided whether they would appeal.

Pistorius killed Steenkamp, a 29-year-old model and law graduate, during the early hours of Valentine’s Day last year when he fired his 9mm pistol four times through the locked door of an en-suite bathroom.

May 2012: Double-amputee Oscar Pistorius talks about growing up, staying fit, those tattoos, and the carbon-fibre prosthetics that allow him to build his Olympic dreams

The athlete – who was dubbed the “Blade Runner” – has always insisted the shooting at his house in Pretoria was a tragic accident after he mistakenly believed there was an intruder in his home.

Judge Masipa had criticised Pistorius as a poor and evasive witness during the trial. But in acquitting him of murder, she decided that he genuinely believed that someone had broken into the house at the time of the shooting and posed a risk to him and Steenkamp.

The defence had argued that Pistorius had been punished enough and shown remorse for the shooting, describing him as a broken man who had sold properties he owned and whose career was in tatters. The defence had also argued that his disabilities would make him more vulnerable in prison.

But Judge Masipa was stinging in her criticism of a probation officer, Annette Vergeer, who had painted a dire picture of the prison system while giving evidence for the defence, saying she found her evidence “perfunctory and unhelpful”.

Judge Masipa said she was satisfied that the prison system was capable of handling a person with special needs. She added that she felt unease as “I listened to one witness after another placing what I thought was an overemphasis on the accused’s vulnerability.

“Yes the accused is vulnerable, but he also has excellent coping skills,” she said.

Arnold Pistorius, the athlete’s uncle, said the family accepted the judgment. “Oscar will embrace this opportunity to pay back to society,” he said, reading a family statement.

Steenkamp’s parents said they were “satisfied” with the sentencing.

The impenetrable jungles forests of Bwindi are famous for hosting a considerable population of the mountain gorillas in Uganda while Volcanoes National Park is...
Read more

The impenetrable jungles forests of Bwindi are famous for hosting a considerable population of the mountain gorillas in Uganda while Volcanoes National Park is...
Read more
News

Namibia’s President Hage Geingob at the heroes event: he is calling a land conference in October Namibia will hold countrywide land expropriation talks as the...
Read more
Tourism

Tourism A Tool To Alleviate Poverty in Rwanda

Newspaper is your news, entertainment, music fashion website. We provide you with the latest breaking news and videos straight from the entertainment industry. Fashion fades, only style remains the same. Fashion never stops. There are always projects, opportunities. Clothes mean nothing until someone lives in them.