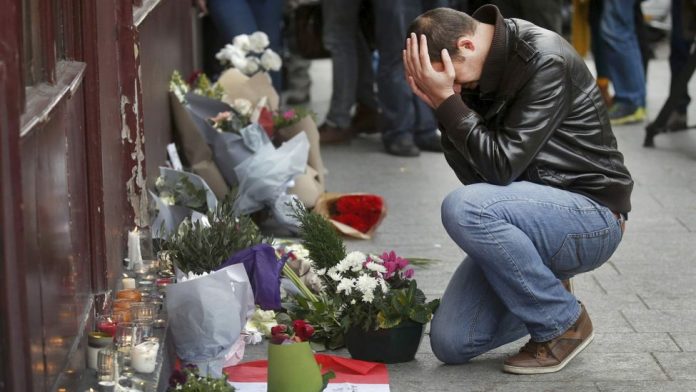 Morocco says it has arrested a Belgian of Moroccan descent with direct links to the Islamist gunmen and bombers who carried out the Paris attacks.

The man was detained near Casablanca on Friday, the interior ministry said and had traveled from Syria via Turkey, Germany, Belgium, and the Netherlands.

He had fought in Syria with the al-Nusra front before joining the so-called Islamic State, Morocco said.

They are believed to have been at least partly planned in Brussels, and Belgian police have arrested several people as part of their investigation.

The Moroccan interior ministry’s statement did not name the suspect, but gave his initials in Arabic, which could be translated as either GA or JA.

The statement said the man, arrested in Mohammediya, had traveled to Syria “with one of the suicide bombers of Saint-Denis“.

French police raided a flat in the Saint-Denis district of Paris five days after the attacks, searching for the suspected ringleader, Abdelhamid Abaaoud, a Belgian national. He and his cousin Hasna Aitboulahcen died in a fierce gun battle during the raid.

A third person who died during the raid, detonating a suicide bomb, was named by the Paris prosecutor’s office last week as Chakib Akrouh, a Belgian-Moroccan national, born in Belgium in 1990. He was identified using DNA from his mother.

Both Akrouh and Abaaoud had spent time in Syria.

The Moroccan statement said the arrested man had “built solid ties with IS leaders, including the ringleader of the Paris attacks”.

He would stand trial once investigations finish, it added.

The focus of the international manhunt remains Frenchman Salah Abdeslam, who is suspected of taking part in the attacks and is still on the run.