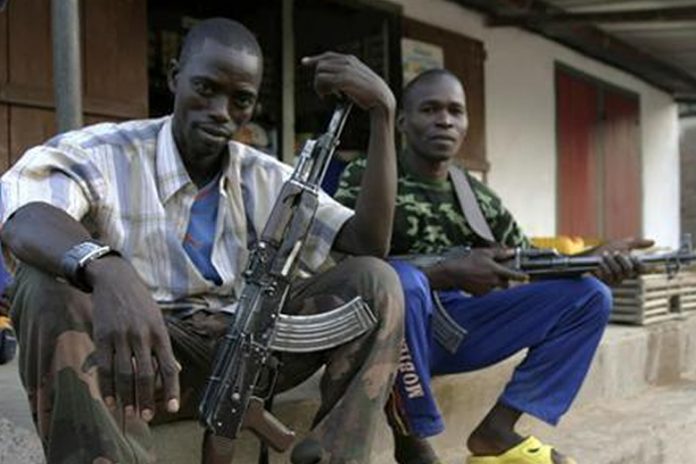 Rebels in Central African Republic have seized a key town in the country’s north and said on Thursday they were targeting the capital Bangui hundreds of kilometres (miles) to the south.

The government said it had withdrawn its soldiers from Birao, a town that had been controlled by United Nations peacekeepers until Nov. 15, in order to save the lives of civilians but was preparing a counter-attack.

Central African Republic is rich in minerals but remains one of Africa’s most isolated nations, having endured years of internal political stability and been caught up in the conflicts of neighbouring Chad, Sudan and Democratic Republic of Congo.

“The town is under our control,” Abdoulaye Issene, head of operations for the CPJP rebels, told Reuters.

“We have seized 48 prisoners and recovered a big stock of weapons. Birao is taken but our target is Bangui.”

There was no word on casualties in the takeover of Birao, the main town in the country’s north and strategically important as it sits on the border with Chad and Sudan.

A number of rebel groups have fought low-level insurgencies since the last elections in 2005. Former colonial power France has, in the past, sent soldiers and fighter jets to back up a weak government in Bangui.

The CPJP seized several towns in the east of the country in September and October but they have since been retaken by the government. Rebel clashes and problems over funding have delayed elections, which are now due in January.

Ramadane Abdelkader, a local journalist in Birao, said the population had fled and was now hiding in the bush.

A Chad-based U.N. peacekeeping force had handed control of Birao over state authorities on Nov. 15 as its mission to protect civilians in the two countries comes to an end.

Colonel Jean Ladawa, a defence ministry spokesman, said the army had pulled out to avoid a “civilian bloodbath” in the town.

“After our tactical withdrawal, our army is preparing a severe counter-attack which will not spare any of these lawless bandits,” government spokesman Fidele Gouandjika said.