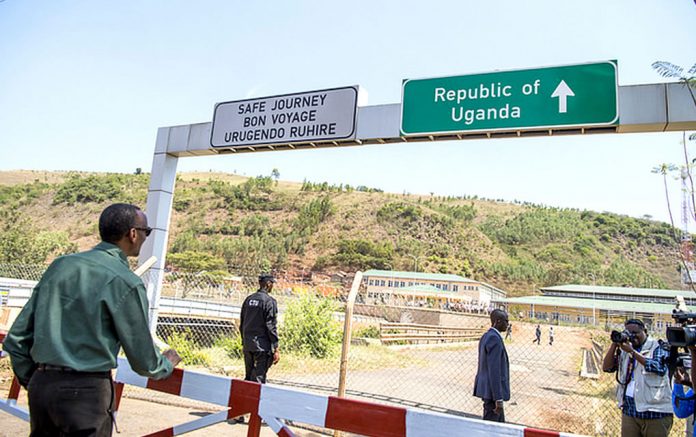 The Rwanda- Uganda border crossing closure started way back in early 2019 with Rwanda citing insecurity and safety breach for its citizens who travel to Uganda. This issue that many thought to be simple turned out to be one of the serious diplomatic issues between two former friendly neighbors whose love has gone sour.

Both countries have traded accusations of interference in each other’s affairs. Such allegations were though to cause political instabilities in a near future. The Uganda- Rwanda relationship deteriorated when Uganda arrested some Rwandans who it claimed to be spies for the land of a thousand hills. Such dark moments forced President Kagame of Rwanda to order for the closure of the border for citizens of both countries. However tourists were freely allowed to roam both countries without any restriction.

A strong warning (taken as a travel advisory) was passed to Rwanda citizens not to go to Uganda though some few Ugandans and cargo trucks were allowed to cross. Due to scarcity, some Rwanda citizens used to sneak to Uganda through illegal pathways to buy basic needs like food, medicine and so on.

When COVID-19 pandemic reached Uganda and Rwanda, it was mandatory for each country to close its borders completely to prevent the spread to the Virus. Both countries did close their borders but Rwanda did not ease the travel restrictions until today, no cargo and human being is allowed to cross via borders apart from Kigali international Airport.

As a travel writer, I cannot tell when the border will be open but the effects of border closure are many and increasing. Both countries and citizens are affected socially, Politically, Financially and Educationally among others.

Below are some of the effects:

Uganda and Rwanda governments have lost revenue from trade. According to the latest World Bank Data from 2017, Rwanda was Uganda’s fifth biggest export market, selling about $180m worth of goods. Rwanda meanwhile exported $10m worth to Uganda.

For more information, Citizens of both countries have greatly lost as their businesses are struggling. Sales from businesses around border posts are declining which has stimulated high rate of un employment.

Smuggling is increasing because some people sneak in either country through illegal pathways with their commodities for sale. In the process, many items enter the markets un taxed making countries lose much revenue. There is a worry that harmful products may start entering countries.

illegal border crossing is the order of the day as citizens are trying to look for greener pastures in another country. Rwanda citizens feel suffocated because many used to take their children to Uganda and sometimes could cross to obtain basic needs from Uganda side.

Many tour operators are crying, saying that their business is sinking because some tourists book Uganda trips by prefer flying to Kigali and then cross.  It becomes hectic for tour operators to organize trips that crosses borders. Rwanda has been the main gateway for tourists looking for gorilla safaris in Uganda since it takes just as few as 6 hours to travel from Kigali to Bwindi Impenetrable National Park and Mgahinga National Park. With many travelers who have booked trips that depart Kigali, travelers have been forced to change their flights to Entebbe so that they can be able to proceed with their trips.

Many people have lost jobs especially drivers, tour guides, porters, traders among others. Such people used to access each country to do business which is no longer happening.

Other neighboring countries like Burundi and Democratic Republic of Congo (DRC) are affected in terms of trade. Some commodities from Kenya reached Burundi and DRC through Uganda which is no longer the case. Today, such nations incur more costs of transporting goods through far and distant routes instead.

Loss of diplomatic relationship between Uganda’s president Yoweri Kaguta Museveni and Rwanda’s Paul Kagame.  According to the agreement set by East African Community, they allowed from movement and trade within member countries.

-Security is tight among the two countries. Rwanda has on several occasions shoot at individuals who have dared cross the border. Some have lost life and Rwanda has termed many of the culprits as smugglers!