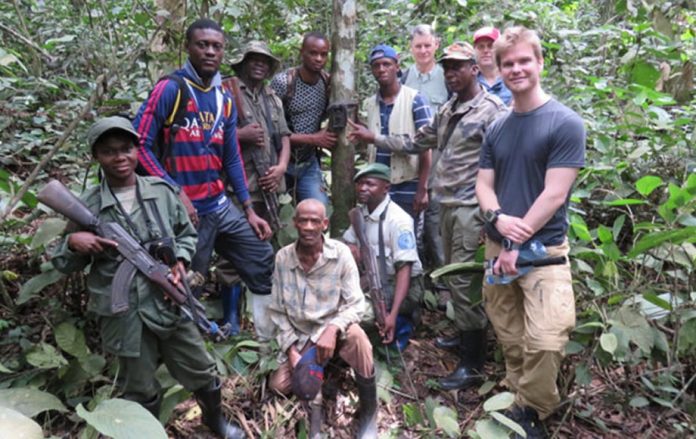 Bunia, DR Congo | A US journalist kidnapped last week by a militia group in DR Congo was found safe early Sunday, officials said, as another source said five people had been killed in clashes.

Lisa Dupuy and 11 wardens working for the Okapi Wildlife Reserve (RFO) — a vast conservation park in northeastern DR Congo — were abducted on Friday by the Mai-Mai Simba militia group.

“The American journalist .. was found safe and sound at around 3 am on Sunday” by government troops, Pacifique Keta, vice governor of Ituri province, told AFP.

“The outcome of the military operation has not yet been established, because the army is still at work,” Keta said.

In Washington, a US State Department official said: “We are aware of reports that the US citizen reported kidnapped in the Democratic Republic of the Congo has been found safe.

“The US Department of State has no higher priority than the protection of US citizens overseas,” the official added, citing privacy concerns in giving no further comment.

A senior official with the Congolese Institute for the Conservation of Nature (ICCN), speaking on condition of anonymity, also confirmed the journalist was safe.

“However, four of our wardens and a civilian who was working as a tracker were killed in clashes,” the official said.

“The army also killed bandits, but I don’t know how many.”

A former Belgian colony, the DR Congo is a vast country rich in minerals and timber but wracked by decades of war and poverty.

The east of the country is especially troubled. It has been gripped by more than 20 years of armed conflict among domestic and foreign groups, fuelled by struggle for control of lucrative resources as well as ethnic and property disputes.

The Mai-Mai Simba are self-described “self-defence” militia groups drawn from the Nande, Hunde and Kobo communities as well as rivals from the Nyaturu, who represent ethnic Hutus.

Many of these groups were armed during the DR Congo’s second civil war — a conflict that ran from 1998-2003 — to fight incursion by Rwandan or Ugandan combatants, and have never been disarmed.

The RFO, a World Heritage site, covers nearly 14,000 square kilometres (5,400 square miles), protecting much of the Ituri forest near the borders with South Sudan and Uganda.

The park is notably home to the okapi, an endangered zebra-like species that is a cousin of the giraffe. Some 5,000 okapis live here, a sixth of the total population of 30,000 estimated to be in the wild.

The reserve has 101 recorded mammal species, 376 types of bird as well as the Ituri and Epulu waterfalls.

Divided into specified two zones, the first covering 2,820 square kilometres is where hunting is entirely banned while in the second covering 9,500 sq km only hunting by traditional methods is allowed.

On June 24, 2012, the Mai-Mai Simba were accused of having killed 15 okapis which had lived on the reserve since 1987, an incident which was considered a “serious crime”. The reserve protects 20 percent of the Ituri forest.

It is also home to the Mbutu and Efe pygmies, hunter-gatherers who are “among the last true ‘forest people’ on Earth,” according to the Okapi Conservation Project website.

The post Seized US journalist in DR Congo found safe appeared first on The Independent Uganda:.