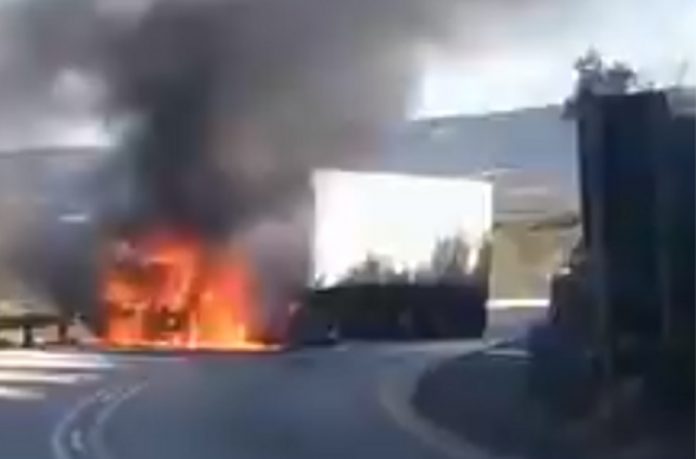 Several trucks suspected to be driven by foreign nationals have been set ablaze or vandalized since last week. Some drivers have also been reportedly killed or injured.

“President Cyril Ramaphosa condemns the violence and vandalism affecting the road freight industry and commends the police work that has led to arrests in Gauteng [Johannesburg and Pretoria] in the past 24 hours,” the Presidency said in a statement.

Ramaphosa also extended his condolences to the families and colleagues of drivers who have lost their lives through the intimidation and violence perpetrated by those he termed as criminals.

On Monday, hundreds of protesters claiming to be from the All Truck Drivers Foundation (ATDF) protested against the hiring of foreign nationals as truck drivers yet locals have no jobs.

The ATDF issued an ultimatum calling on foreign truck drivers to stop their jobs by Dec. 1 or the companies employing them would face disruptions. In an interview with local broadcaster eNCA on Tuesday, the group denied they were behind the burning of trucks.

Ramaphosa said he is deeply concerned about the effect of this violence on owners and employees of the affected trucking companies as well as the economic disruption caused by these acts just as the country is focused on rebuilding the economy post-COVID-19.

“As South Africans, we cannot possibly tolerate the mindless and bloody lawlessness with which the road freight industry is being targeted,” he said. “We cannot tolerate this loss of life and destruction of property.”

Ramaphosa said he has directed Minister of Employment and Labour Thulas Nxesi and the ministers of transport, home affairs, and police to submit a report to him on the ongoing grievances in the freight industry.