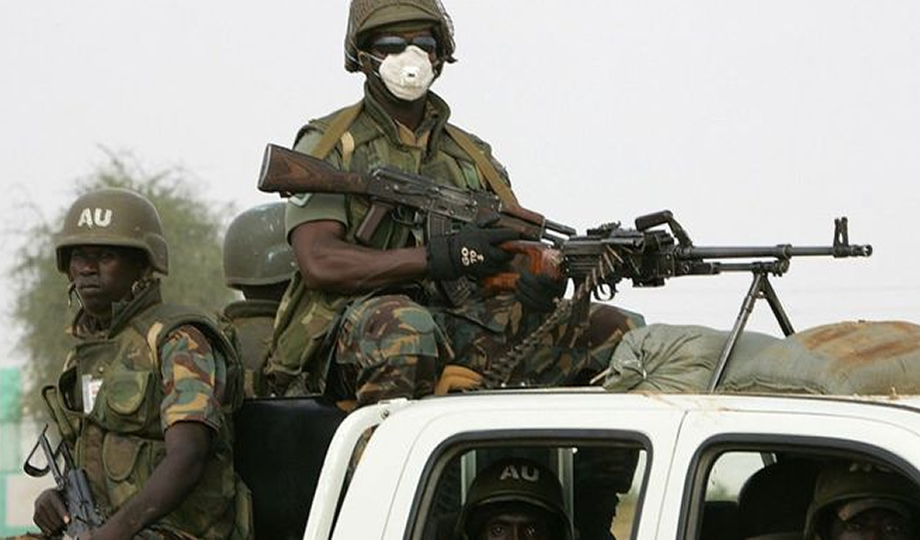 Soldiers for the African Union (AU) force are to come from Ethiopia, Kenya, Rwanda, Sudan and Uganda.

A 12,000-strong UN peacekeeping force is already in the country, but the AU force would have a stronger mandate, officials say.

South Sudan’s government says it is opposed the deployment of the force.

“We are not ready for a deployment of even a single additional soldier,” South Sudan’s Information Minister, Michael Makuei Lueth, told the BBC’s Focus on Africa radio programme. “That does not solve the problem.”

Clashes over several days between troops loyal to the two men had threatened a recent peace deal.

“The UN doesn’t have the mandate to impose peace,” the AFP news agency quoted AU Peace and Security Commissioner Smail Chergui as saying at the AU summit in Rwanda’s capital, Kigali.

“They are there where there is peace to keep. African troops are ready to engage in very difficult situations.”

He explained that the mission would be similar to the deployment of a 3,000-strong special force that took on the M23 rebels in the Democratic Republic of Congo in 2013.

Over the weekend, UN chief Ban Ki-moon expressed his support for the AU deployment.

But Mr Lueth blamed the recent fighting on the peace deal which, he said, was imposed on the country by regional mediators.

“As a sovereign state… this thing cannot be imposed on us without our consent,” he said, adding that it would not “serve the interests of the people of South Sudan”.

President Kiir will be hoping that the African Union shelves its plan to deploy troops in South Sudan as it did in the case of Burundi. So far the continental body has only sent forces in at the request of the state in need. Theoretically it can intervene against a nation’s wishes, which is part of the remit of the new rapid-response African Standby Force.

The AU has a history of talking tough but so far has been unable to rein in problematic African leaders. It is also struggling to fund its operations – so taking on a new intervention force, reliant on external support, will only add to its challenges.

The AU wants to model this new force on the Force Intervention Brigade sent to eastern DR Congo to battle rebel groups. That was a collaboration involving the AU, the UN and the Southern African Development Community. The force defeated the M23 rebels after some 800,000 people had fled their homes during their insurgency.

Mr Kiir’s troops make up the majority in and around the capital, Juba, contrary to the terms of the peace agreement with the opposition. So it would be a huge challenge for the AU force to attempt to call them to order, but it would provide a buffer to the outnumbered troops on Mr Machar’s side, whose whereabouts following the recent fighting remains unclear.

Why did the fighting resume?

It seems a disagreement at a checkpoint between rival soldiers led to a shootout on the evening of 7 July in which five soldiers died. This quickly escalated into serious fighting the next day and over the following weekend.

Tensions have been high since April, when Mr Machar returned to Juba under a peace deal following a two-year civil war. He took a 1,300-strong protection force with him and they were supposed to start joint patrols with forces loyal to President Kiir. But a lack of trust between the two sides meant the patrols had not begun.

Will it become a new civil war?

The war was fought broadly between South Sudan’s biggest ethnic groups – the Dinka, led by Mr Kiir, and the Nuer, under Mr Machar.

What is the international community doing?

The international community played a major role in the creation of South Sudan and has tried to exercise some influence since independence in 2011.

The East African regional group, which brokered the peace deal, is behind the plans for a robust regional force to be deployed. Many foreign nationals have been evacuated because of the most recent unrest.