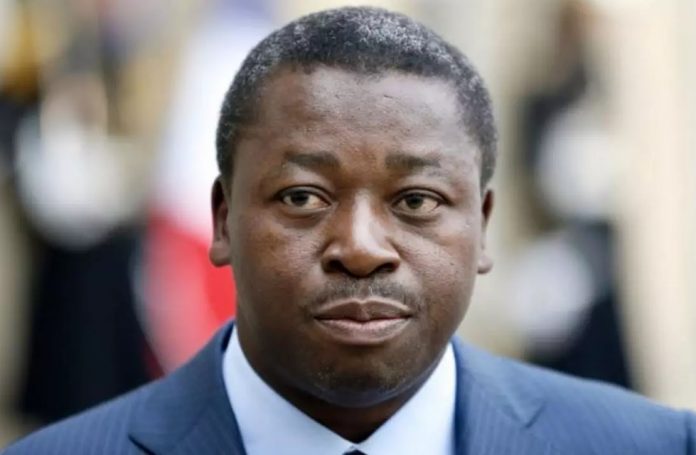 The Togolese Constitutional Court said Tuesday outgoing President Faure Gnassingbé officially re-elected for a fourth five-year term, with just over 70% of the vote, rejecting the appeal of an opponent who challenges a ballot marred by serious irregularities.

Mr. Gnassingbé obtained 70.78% of the vote, against 19.46% for the opponent and former Prime Minister Agbéyomé Kodjo, according to the final results of the presidential election of February 22 proclaimed by the Constitutional Court.

The former leader of the historic opposition Jean Pierre Fabre, president of the National Alliance for Change ( ANC ), won only 4.68% of the vote.

“Having obtained an absolute majority of the votes cast in the first ballot, Mr. Faure Gnassingbé must be declared elected president of the Republic”, announced Aboudou Assouma, president of the Constitutional Court.

The Constitutional Court also quashed the appeal of Mr. Kodjo, president of the Patriotic Movement for Democracy and Development ( MPDD ), filed last week, for “lack of evidence capable of substantiating his allegations”.

“I strongly contested these results. I consider myself to be the legitimate winner of this election. I will continue to claim my victory, “said to AFP the losing candidate, who was declared the winner before the announcement of provisional results.

In his appeal to the Court, the opponent complained of “serious irregularities”, including ballot stuffing, the improper use of pre-voted ballots, the falsification of the results and the dismissal of his delegates from the polling stations.

The bishops of Togo, supporters of the MPDD , denounced Monday the lack of “transparency” and “fairness” in this presidential election.

The overall election took place “in a relatively peaceful climate. But as far as transparency and fairness of the ballot are concerned, the same cannot be said, ”said the bishops in a press release.

Neither France, the former colonial power and historic ally of the Gnassingbé family, in power for more than half a century, nor the European Union made any comments following this last presidential election.

For its part, the United States said it was “concerned about the limited observation efforts” and invited the Election Commission to publish “the polling station by polling station results” for more transparency.

Mr. Gnassingbé, who came to power in 2005 after the death of his father, General Gnassingbé Eyadéma, who had ruled Togo for 38 years, has since been re-elected in elections all of which were contested by the opposition.