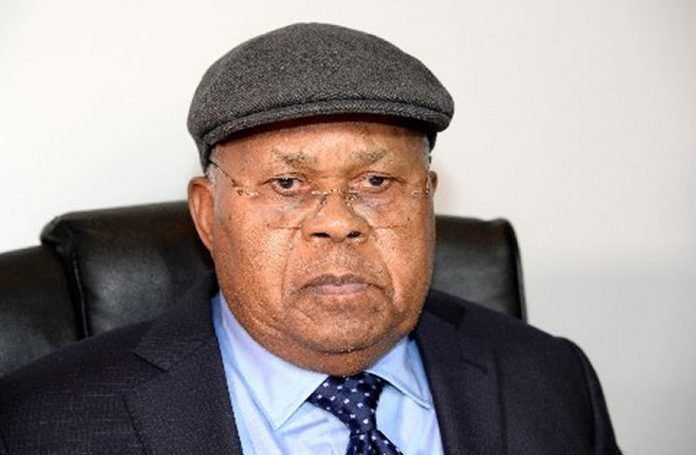 Opposition figures in DR Congo gathered Thursday to commemorate the anniversary of the death of their historic leader, in a ceremony that underscored the country’s deep political rift.

A crowd packed Kinshasa cathedral for a mass for Etienne Tshisekedi, whose death in Brussels on February 1 2017 at the age of 84 robbed the opposition of their figurehead. His remains have become part of DR Congo’s political wrangle.

Mourners loudly applauded the appearance of Mr Tshisekedi’s son, Felix, who is head of the Rally of the Opposition (Rassop), which is spearheading demands that President Joseph Kabila step down.

President Kabila, 46, has been in power since 2001 following the assassination of his father Laurent.

He is at the helm of a regime widely criticised for corruption, repression and incompetence.

President Kabila’s constitutional term in office expired in December 2016 but he stayed on, under laws enabling him to remain in office until his successor is elected.

Elections were scheduled to be held in 2017 under a deal brokered by the Catholic church and supported by Mr Tshisekedi.

But, to widespread criticism, the authorities delayed them, rescheduling them for December 23 this year.

Demonstrations calling for President Kabila to step down ahead of the poll have been bloodily repressed.

Mr Tshisekedi spent a lifetime in politics, first as ally-turned-enemy of despot Mobutu Sese Seko, then as rival to the ensuing Kabila dynasty of Laurent Kabila, assassinated in 2001, and Joseph Kabila.

His body is in a morgue in Belgium, awaiting repatriation and burial in the land of his birth.

That move has been held up, ostensibly because of a row over who will pay for it. But others say the authorities are thwarting it to prevent the funeral from snowballing into an anti-Kabila rally.

“I hope that the authorities will ultimately decide to repatriate Etienne Tshisekedi and organise the funeral that he deserves,” said Mr Tshisekedi’s younger brother, Gerard Mulumba, a senior prelate who conducted the mass.

Ange Pabolangi, a leading figure in a splinter group of the UDPS party, said the government “considers Tshisekedi to be an opponent even when he’s dead”.

“Contrary to what is being said, the UDPS is not posing any political conditions to the repatriation (of the remains). But the government is afraid of street protests if the body returns,” Mr Pabolangi said from Belgium.